Skip to the content
he Floribama Shore house was shaken up a bit last week with the arrival of Gus Smyrnios’ friend Mattie Lynn Breaux. If she looks familiar, that’s because she’s a reality TV veteran. Mattie was an original cast member on CMT’s Party Down South and later appeared on The Challenge season 33, “War of the Worlds,” which is where she met Gus. Mattie finished in seventh place, which was third among the female contestants — higher than Gus finished. 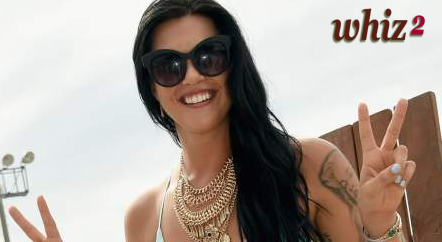 But on Floribama Shore, Mattie definitely came into the house guns blazing. First, she earned some brownie points with the roommates when she got them a gig handing out flyers at a pride celebration. If they do well, it could turn into steady employment.

However, Mattie then got rip-roaring drunk on her first night and everybody found out that she’s an entirely different person when she drinks — a person named Martha, actually. Hopefully, some of them watched Party Down South because, on that show, Mattie’s roommates figured out how to calm Martha down… with pizza. But either way, Mattie/Martha’s antics did not stop Jeremiah from noticing how attractive she is, even if she is a little wild.

View this post on Instagram
If you only knew? Who wants to guess what’s in my cup 😂 @jeremiahbuoni Is way to excited right now 😛 TUNE in TONIGHT 8/7c @mtv @floribamashore #tunein #mtvfloribamashore #foundthetitos
A post shared by Mattie Lynn (@mattielynnbreaux) on Dec 26, 2019 at 2:00pm PST

“I’m trying to find out if Mattie is my type, to be honest,” said Jeremiah. “I have a tendency of dealing with crazy ladies, but at the same time, I’m scared sh*tless.”

Candace told Mattie Lynn she needs to drink some water and Mattie gets in her face, shouting, “Let’s f*cking go! … I won’t stand for something or fall for nothin’. Y’all gonna learn.”

“This is about what I expected,” said Gus, laughing. “She loves to drink, she loves to party, but she also has a very short fuse and does not put up with bullsh*t. She’s crazy just like the rest of us. She might fit in with pretty well with us.”

View this post on Instagram
Jumping into this new episode of @floribamashore with my new roommate @mattielynnbreaux like… This is just what the doctor ordered… FUN!! About time😜 #MTVFloribamaShore #New #Roommate #New #Episode #pool #party #letsgo
A post shared by Jeremiah Buoni (@jeremiahbuoni) on Dec 26, 2019 at 5:01pm PST

But he also warned the roommates not to get on Mattie’s bad side, saying, “She really is easy to get along with. Just don’t cross her. You cross her, and you’ve got another thing coming. She’ll fight at any given moment, like if you look at her wrong. Things are gonna get spicy, my friends.”

In a preview for Thursday’s, January 2, episode, titled “Check Please”, the roommates go to a trampoline place and decide to play dodgeball. The stakes are the losers have to serve the winners a nice meal. Gus takes it very seriously, but Mattie seems to be settling in nicely. Really the only question is if she and Jeremiah are going to hook up, right?

They have both posted Instagrams of each other during their time on the show, though obviously, they’re staying mum about whether they became more than friends because they don’t want to spoil anything for viewers. But they’ve also been flirting with each other on Twitter lately and the official Floribama Shore account has been teasing what good chemistry they have, so it feels like perhaps the show is setting up its next big relationship. Guess we’ll need to tune to seek out out.
Floribama Shore airs Thursdays at 8 p.m. ET/PT on MTV.