Skip to the content
If you’re planning to hit the road this holiday season get ready for potential delays. It’s the happiest time of year for those not dealing with holiday travel! 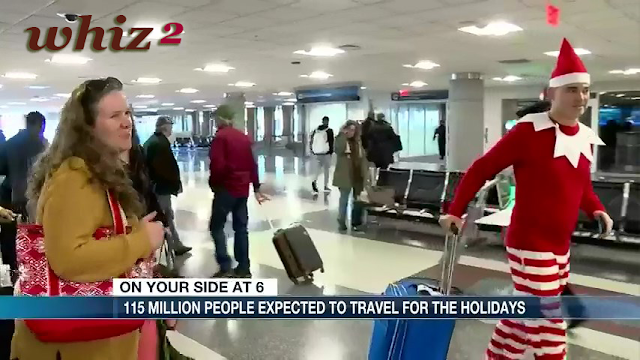 “Getting in the terminals was crazy,” Kelly Hamlin said.“LAX is awful. It took me an hour and ten minutes just to get from my house to the terminal,” Ileana Lesko said.

AAA estimates a record-breaking 115.6 million people will head out of town for the break. It’s the most in nearly 20 years.

“Give yourself plenty of time,” Lesko said. Lesko and her four-legged friend came across the country from Los Angeles. Kelly Hamlin came from the west coast also.
“It was crowded. It was a lot of people. Last-minute travelers. There were a lot of people stranded,” Hamlin said. Officials at the Richmond International Airport report no cancellations for Monday. There were two delays. 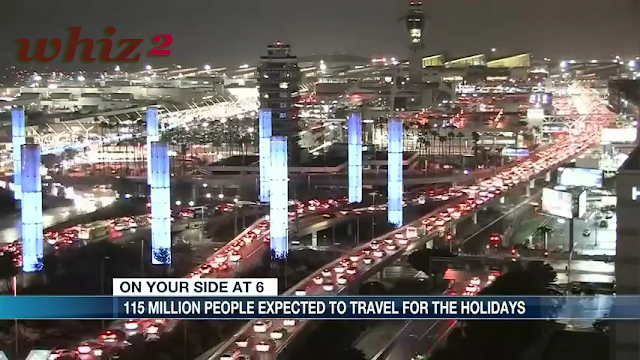 If you are traveling across the country storms are making it very difficult to get to your holiday destinations.
Major storms in southern Florida and on the west coast are causing major headaches for some.
“You walk in and people are sitting everywhere. I just felt so bad for them,” Hamlin said.
It’s not Santa Claus but closes!
Brock Snyder dressed up to pick his family up from the airport. They are coming in from Florida.
Many people offering their tips to help navigate the crowds.
“Probably arrive at the airport early, plan ahead and check your flights,” Brock Snyder said.
“Watch out for all of your items because they’ll find yourself missing some things. There are always people looking to capitalize on your unawareness of what’s going on,” Enjuil Simpkins said.
From the skies to the ground a whopping 104 million Americans are expected to get behind the wheel.
Traffic in Northern Virginia is expected to see the heaviest delays.
Experts say the worst days to travel are Thursday and Friday from 4-7 pm.