BOYNTON Seashore, Fla. – A previous grappler was captured on Sunday in the wake of beating a 5-year-old kid in his vehicle and afterward getting away from the scene, the specialists affirmed. 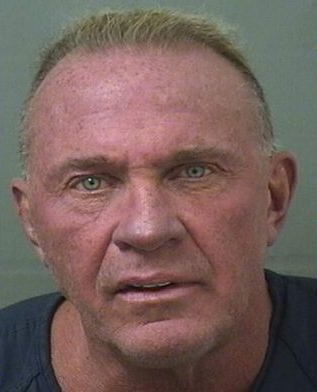 Imprint “Van Mallet” Hildreth, 60, is accused of having left the location of the mishap with wounds and DUI.

As per a conceivable testimony, Hildreth drove his dark Mercedes-Benz S550 north on South Seacrest Road in 2014 and moved toward the crossing point of Southeast 34th Road in Boynton Seashore when the kid and his dad drove west on 34th Road.

Boynton Seashore police said the youngster impeded Hildreth’s vehicle, which hit the kid from behind and the kid fell on the hood of the vehicle.

Witnesses told the police that Hildreth originally drove up, escaped his vehicle, and stated, “He leaped out of me” before getting in his vehicle and heading out without abandoning any data.

The police said two observers followed Hildreth to his home.

A cop showed up home a brief timeframe later and arrested Hildreth, as indicated by a testimony.

The specialists said the official saw that Hildreth’s discourse was hazy and that it was amazed.

Various observers told the specialists that they had yelled at Hildreth that he ought not to leave the location of the mishap, yet had by the by left.

Hildreth would not take a liquor test as indicated by the affirmation.

Specialists found that he hit no under 58 mph in a 35 mph zone when he hit the kid.

Police said the youngster was taken to a neighborhood medical clinic in a steady condition. He is said to have endured a street rash and conceivable interior wounds.